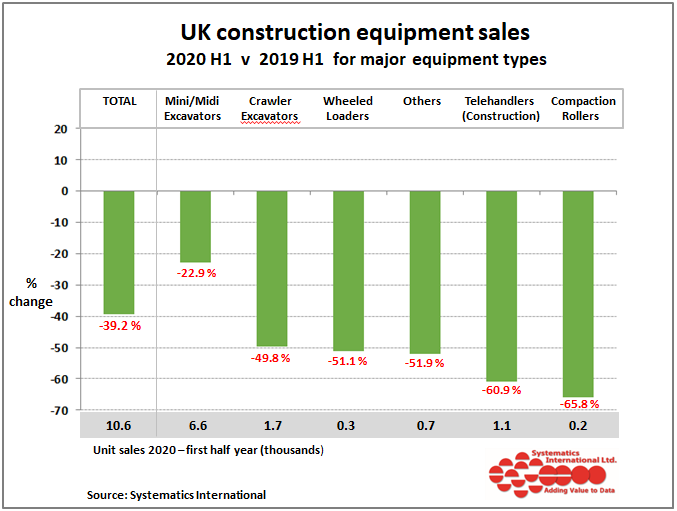 The construction equipment statistics exchange also covers retail sales of equipment in the Republic of Ireland. This shows a 30% decline in sales in the first half of 2020, compared with 2019. Sales in Q1 were only 8% down on last years’ levels, but then fell by 51% in Q2.

*Construction equipment statistics exchange is run by Systematics International Ltd. This scheme is run in partnership with the Construction Equipment Association (CEA), the UK trade association.